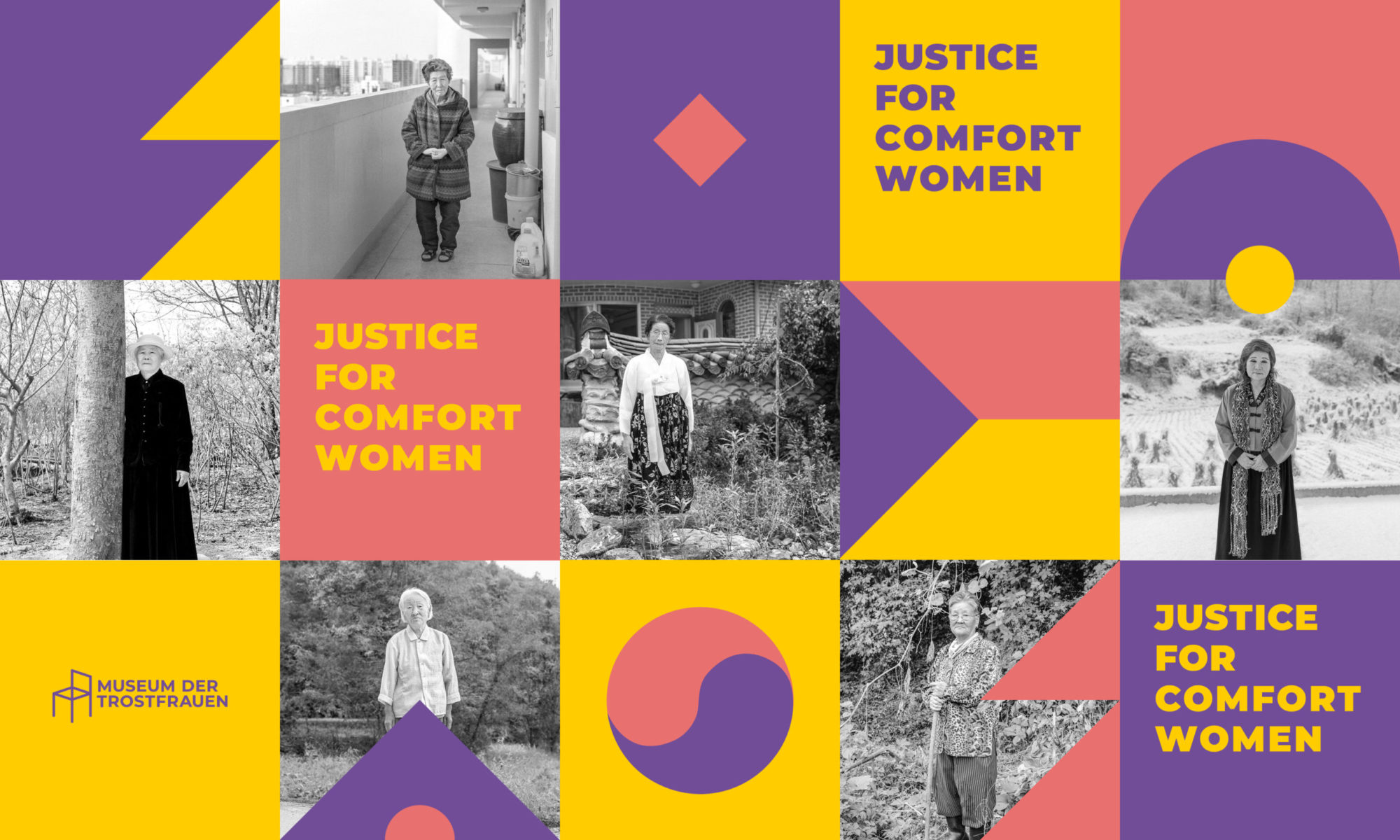 Our permanent exhibition is currently closed due to renovation. We look forward to opening the museum in autumn 2021.

All over the world, the systematic abuse of female bodies is a means of particularly brutal exercise of power and violence. The Museum of Comfort Women on the premises of the Korea Association is dedicated to the continuity of sexual violence not only in crises and wars, but also in times of peace. In September 2019 it was expanded to include a permanent exhibition.

Troughout the world, the systematic abuse of female bodies is a particularly brutal exercise of power and violence. The Museum of Comfort Women on the premises of the Korea Verband deals with sexual violence in both armed conflicts and during times of peace. It was extended by a permanent exhibition in September 2019.

Voices about the Museum

“What I liked best about the exhibition was that such a difficult topic can be presented in a fresh way.”

The “Comfort Women” and Our Fight Against Sexual Violence

The permanent exhibition documents the continuity of sexualised violence as a globally recurring form of violence. It deals with the history of the “comfort women”, sexual slavery by the Japanese military during the Second World War, the Wehrmacht brothels and concentration camp brothels of the Nazi regime, as well as the rape of German women by soldiers of the Allies. The example of South Korea illustrates how violence and colonial legacy are passed on: rape by South Korean soldiers during the Vietnam War and organized prostitution for US soldiers in military bases in South Korea. Finally, the actions by the Yazidi women after the genocide of 2014, the work of Medica Mondiale and our local activities are shown as ways of dealing with sexualised violence. In addition to this documentation, artworks such as the “Statue of Peace on a Journey” and the “Vietnam Pieta” are exhibited by the well-known artists Kim Seo-Kyung and Kim Eun-Sung.